Rethinking students’ unions? Perhaps we need to start with universities…

What would students’ unions be like if they hadn’t existed until now and were created from scratch?

That’s the question we’ve put to some smart people and we’re sharing their answers. Want to share your ideas? Email your thoughts to jo@25dots.co.uk

This take comes from Steve Coole of Coole Insights, a skilled trainer, facilitator and consultant who has supported a wide range of organisations, by working with their governing body, trustees, senior management team, practitioners and volunteers.

If we are having a conversation about rethinking students’ unions, actually, the first question, and real question is about how we rethink universities and post 16 education in general first 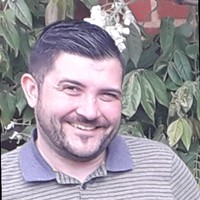 It’s a hot and sticky summer’s day on campus and I have met with a Vice Chancellor for lunch, as I am keen to get their views on something quite ground-breaking within the students’ union sector and how the students’ union at their institution might approach this new development.

I am doing the work on behalf of Coole Insight, who have been commissioned by the SU to come up with some potential solutions. So, I start the conversation by asking “what do you value about your students’ union”?

“The student voice is intrinsic to everything we do as a University” the VC responds. “Everything?” I ask. “Yes absolutely, that’s why we have sabbaticals sat on the vast majority of our committees and boards, to get the student view, I would even say those students are the most influential and powerful people in those meetings”.

I pause for a moment, still reflecting on the VC’s earlier comment ‘everything we do as a University’. After a few moments I then move on to my second question – “That’s really great that you value the student view so much, but if you could improve what student officers bring to these meetings what would this look like?”

The VC breaks eye contact with me and looks out of the window, their face scrunches up for a moment before saying “I guess it would be to represent the broader student view, and represent the whole student body, and for their comments not to be so much about their own personal opinions”.

What’s interesting about this exchange is that I believe that the VC believes that the students’ union is intrinsic and valuable to the university. What I begin to struggle with is the idea that within two responses to two questions there also appears to be a huge contradiction.

So why is this exchange important to the context of this article? Well I was asked to write this post about what students’ unions would look like now if they were created today in a world where influences such as fees, digital and Brexit are never too far from the focus of conversation.

Of course, this is a huge question, and initially provoked me to ask myself a ton of other questions as a way of trying to make a start on this. The earliest conclusion I came to is that if we are having a conversation about rethinking students’ unions, actually, the first question, and real question is about how we rethink universities and post 16 education in general first.

Another interesting point here is the fact that the National Union of Students (NUS) was formed in 1922, and a major part of its foundation was centred around the ending of the first world war and the need to get younger generations collaborating and connecting across the globe through an internationalisation agenda, this was whilst universities were quite happy in their cities, looking after themselves and their civic mission, and with no real desire or motivation to reach out to the local college, let alone build partnerships with institutions in Malaysia.

Yet here we are in 2019 where universities have hugely ambitious globalisation plans, which they may argue are linked to an overall survival strategy. Of course this is very much due to the hostile environment we currently live in with Brexit, and even the suggestions and thought process behind the Auger review.

Now, dare I say it? As universities reached out to the world, students’ unions began to behave more and more like the universities of the 1920s, prioritising keeping their own house in order before perhaps tinkering with the ideas of collectivism and working with other students’ unions to create change – In the UK we could learn a lot from other European NUS’ and their students’ unions, and how their collaboration works through ESU (European Students’ Union).

I am very aware that what I have written so far may appear like I am avoiding the question I was set, so to be clear here are a few points and potentially controversial questions for the sector to consider:

Maybe it’s time to shift the foundations of these partnerships from funding, fear and protection, to values, beliefs, trust and impact.

Find out more about Steve, his work and how to contact him at cooleinsightltd.co.uk